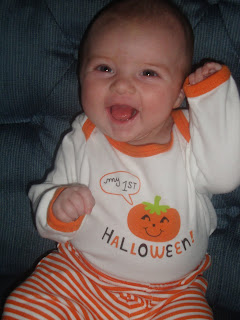 Yesterday was Zoey's first Halloween! It's so exciting that it is getting to the holiday season! Now Zoey gets to experience even more firsts.
Zoey was a pumpkin for Halloween...so cute! 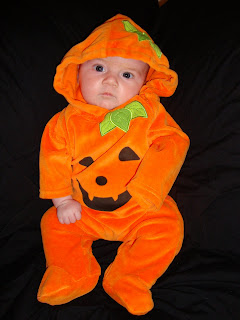 We went to a Halloween party hosted by one of Stephen's co-workers. We brought Zoey along. She did really well. There were several people there that she knew and many more that she got to meet for the first time. Stephen went as Billy Mayes, I went as a witch and Zoey was a pumpkin. Although, it should be illegal to be so hot on Halloween - It's the end of October and 80 degrees outside. 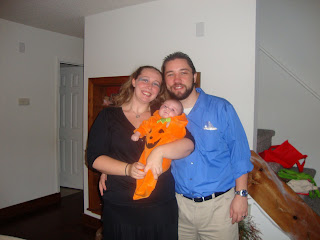