Joshua is like the sequel to Moses' story. Now that a new generation of Israelites renewed their faith with God they were ready to follow Joshua's lead into the Promised Land. 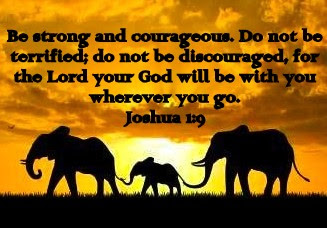 Joshua, Moses' chosen successor, was a strong leader. He was a smart military leader, a positive spiritual influence, and most importantly unwavering faithful to God. No matter how odd the command was, Joshua followed all of God's instructions and won. The Israelites followed Joshua and remained faithful to God through his lifetime.


Joshua succeeded in settling and capturing territories in the Promised Land of Canaan. The most famous story is the fall of Jericho. Through Joshua;s commitment to God's strategy he and the Israelites walked around Jericho, blew trumpets and shouted and God made the walls come tumbling down giving the city into the hands of the Israelites. (That was always one of my favorite songs as a kid: Joshua Fought the Battle of Jericho.)

"Then the Lord said to Joshua, "See, I have delivered Jericho into your hands, along with its king and its fighting men. March around the city once with all the armed men. Do this for six days. Have seven priests carry trumpets of rams' horns in front of the ark. On the seventh day, march around the city seven times, with thte priests blowing the trumpets. When you hear them sound a long blast on the trumpets, have the whole army give a loud shout; then the wall of the city will collapse and the army will go up, everyone straight in." Joshua 6:2-5

Every time I hear the Jericho stroy now, I can't help but think of Veggie Tales: Joshua and the Big Wall. It makes the story come to life in a whole new way--even with french peas and slushies. The point is made--trust and obey God and you will succeed.

Interesting fact: Only two men (out of over a million) that left Egypt actually entered the Promised Land: Joshua and Caleb. We need to take Joshua's example and be 100% faithful to God.

The book of Joshua ends with a farewell address and Joshua's death. He once again preaches the importance of obeying God:

Posted by Amanda McCusker at 1:26 PM

Email ThisBlogThis!Share to TwitterShare to FacebookShare to Pinterest
Labels: Bible in 90 Days