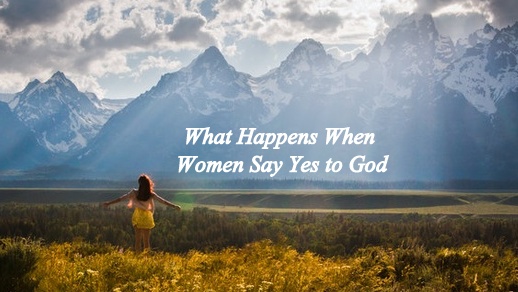 I want to talk about strongholds for a minute. I think it is one of those "Christian" words that we often throw around without too much thought. Then again, maybe you've never heard of it before. Either way, let's take a minute to define the word stronghold as it applies to the Christian life.

"Stronghold" means "a well-fortified place" or "a place that serves as the center of a viewpoint" (Dictionary.com). This sounds like a positive thing, right? I hear the word stronghold and immediately think of castle walls, maybe from King Arthur's time or a scene in The Lord of the Rings. It makes me feel safe.

A stronghold is wherever you build up walls around yourself. We want, as Christians, to have a stronghold in Christ, where we immerse ourselves in God's Word and build walls around ourselves to protect us from the enemy while living in the way, the truth and the light of Christ.

John 14:6 -- "Jesus answered, “I am the way and the truth and the life. No one comes to the Father except through me."

However, this ideal stronghold is not easily obtained and we often get distracted by the devil and the sins of the world. We live in fear because we are convinced of the triumph of circumstances and sin over us. We start building our fortress in the wrong places. Perhaps we think we will save ourselves pain or it is our human nature to forget and deny things that hurt us. Whatever the reason, even unconscious reasons, we set ourselves up for destruction.

Now let me tell you why this subject is on my mind. I recently got out of an abuse friendship. That sounds awkward, right? When I was dating I knew the signs to look for to avoid abusive relationships, however, now that I am happily married with my own family, I forget that abusive qualities saturate all types of relationships, not only romantic ones.

Now, this wasn't physical abuse, I would have recognized that, this was emotional, perhaps psychological abuse that was so subtle it took me almost a year to identify it. In short, this friend was a naysayer, it finally took her starting arguments over me trying to help her to make me see it.

A naysayer is someone who makes themselves feel better by tearing others down. It is the same concept you see in bullies; they decide they have no control or ability to change their circumstances so they exert control and power over others - someone they consciously or sub consciously think they can control.

In my opinion, Christian naysayers are the worst because they talk a very good Christian talk. However, it is only over time that you begin to notice they are not truly walking with God by their actions, even though they may think they are. That is what got me.

When I met this girl, I really needed a friends and I thanked God for answering my prayer. Not only did we get along, but she had kids around my daughter's age and she was a Christian. I was delighted and we became fast friends.

Or so I thought. Not only did she keep me at arms length about anything important, but I also started to notice things. She would praise God in one breath and curse her husband in the next. She would constantly complain and give excuses and tell me how hard her life was, but she never made time to listen to me.

Through all of this and more, my mindset was to love on her because she was going through a time of trial in her life right now. Maybe she needed a friends as much as I did. I made excuses for her and made the effort to see her whenever and wherever she decided. I figured it was better to go to her than not see her at all.

By this point the red flags should have gone up, but I was clueless. I did not realize that I was being put down and controlled. I was trying to forgive her and show her through my actions how to find peace that she claimed to want - to give all of the worries to God. I'm not perfect mind you, but I was trying.

However, it was too late before I realized that she was a naysayer and actually didn't want to change her life, she just wanted to complain about it. She wanted to find someone who would tell her that what she was doing was okay. Instead of feeling convicted and changing her ways to find peace, she began to lash out at me. I was blindsided, I didn't understand why she was criticizing me, I was happy in my life.

Our last argument was about how she knew I held a grudge against her because I was always going to her. I was dumbfounded. I told her the same things I mentioned earlier, that I would rather go to see her and let the kids play than not spend time together. She did not believe me. I was trying really hard to be a good friend, to be Christ-like in my attitudes toward her and she threw it all in my face.

I tried to sort through it, I tried to pray about it, and I tried to forget about it. It still felt like a festering sore over my heart. Several weeks past and I thought I dealt with it, the hurt, the rejection and the unforgiveness. Instead of feeling relief, all I felt was doubt and emptiness. And it didn't take long before many of my other relationships and friendships were breaking down. I panicked. I cried out to God, "Why is this happening!" God was silent.

At this point I throw my head into the Bible because that is what I do when I feel lost. But it was actually another source where I found my first answer from God. I'm doing this really awesome bible study with Proverbs 31 Ministries based on the book, "What Happens When Women Say Yes To God" by Lysa Terkeurst. In the chapter I'm reading now she has this to say about naysayers"

"While naysayers may talk a good Christian game, they deny Christ in their attitudes and actions toward others. Instead of allowing those feelings of conviction to produce good changes in them, they seek to discourage you in hopes of hushing Christ in you" p78.


It was after reading this that it clicked. She was a naysayer and there was nothing I could have done. Terkeurst also mentions what Paul said to Timothy about naysayers:

2 Timothy 3:1-5 -- "But mark this: There will be terrible times in the last days. People will be lovers of themselves, lovers of money, boastful, proud, abusive, disobedient to their parents, ungrateful, unholy, without love, unforgiving, slanderous, without self-control, brutal, not lovers of the good, treacherous, rash, conceited, lovers of pleasure rather than lovers of God— having a form of godliness but denying its power. Have nothing to do with such people."

What I still didn't realize, even after realizing she was a naysayer, is that I had built a stronghold around that friendship and the hurt I felt afterward. Only now do I realize that is why everything else was falling apart. This stronghold, this unforgiveness and hurt, was even taking priority over God. Even when I wasn't thinking about it, it affected me.

You see, I built my walls in the wrong place, I centered my viewpoint around the wrong thing. Instead of building my walls around Christ, His love and His grace to keep the enemy out, I built the walls around my pain, thus keeping me inside of it. My doubt ran so deep, I couldn't even see God's light to follow it.

However, we serve an Almighty and Merciful God because even after weeks of dejection and feeling lost, God was waiting for me. I poured my heart out to Him one morning in the shower after waking up angry everyday for those weeks. I had enough pain, separation, doubt and depression. I reached out to God and probably for the first time since all of this happened, I opened myself up to hear His answer.

In the Spirit, I saw myself calling out to God and only seeing darkness. Then I heard something like a rustling noise or like someone clearing his throat. I look up and realize that the wall I was bashing my head against was actually very small and it was no longer blockaded on the sides. I looked around the wall and saw Jesus surrounded by bright light. He had His hand reached out to me and said, "I've been waiting for you to come around." I walked around the wall toward Him and was immediately filled with joy.

You see, I had been so focused on the wall, this stronghold, this pain, that I saw no way around it. But Jesus was on the other side, waiting for me to stop focusing on the wall long enough for me to notice Him standing right there all along.

I'm not saying the wall is completely gone yet, it still stands, but I can see around it now. I can see Jesus there with me and I believe I will find joy again thanks to His mercy and love. One day I hope to tear that wall down completely, but until then I will remain in God and we will overcome the evil of this world together.

Posted by Amanda McCusker at 5:00 AM

Email ThisBlogThis!Share to TwitterShare to FacebookShare to Pinterest
Labels: Bible Studies, Live Laugh Love, Proverbs 31, Something to Think About