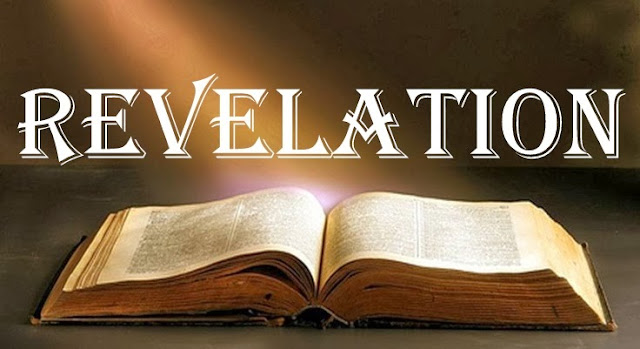 We have finally reached the end of this long journey through the Bible as we reach the last book -- Revelation.

This is the most controversial, loved, hated, misunderstood and recognizable books in the Bible. One reason is that it is written like no other book of the Bible, especially since it is written about the future. The future is a mystery to us all, but not to God. And He gives John just a glimpse of what is to come. And then he shares it with us.

Before I begin discussing what Revelation is about, let's talk about what it is. The apostle John wrote Revelation in approximately 95 AD, while being imprisoned in exile on Patmos, a remote island off the coast of Greece in the Mediterranean Sea.

The purpose of Revelation was to reveal the full identity of Christ. He was born a man, lived a sinless life and was wrongly accused and disgracefully crucified. However, in doing this -- He saved us all. Jesus was born a human, but He was the Son of God and He had the authority from Heaven to defeat the enemy forever. Revelation is the finalization of that victory.

Many people fear Revelation. Or they are confused or intimidated by the language and images. And some of it is fantastical; however, it just proves that we will never understand the majesty of heaven while still living on earth.

Revelation does give a harsh warning. If you are reading Revelation and do not know Christ, or ally with Satan, then you should be afraid. Those who do not side with the victorious Christ will know God's wrath and be judged as harshly as Satan himself.

To those who know Christ and are covered by God's great love and mercy, Revelation is a book of hope. We win! We will be victorious, just as Christ is. The enemy will be slain and sin will be erased forever. Well, that's good news, right? It is through Jesus that this is possible, it is through Him we will find victory, which explains why following Him is so important. He is leading us to victory.

Revelation has a large content volume that includes many metaphors, symbols, difficult to understand images and a vivid image of the end of the world. I could take an entire year to break down all that is in Revelation -- maybe some day I will put together an in-depth series on Revelation. Personally, it is one of my favorite books. But for now, I will try to convey the overarching message of the book.

John begins Revelation by explaining how he received this revelation from God.

Revelation 1:1-2 -- "This is a revelation from Jesus Christ, which God gave him to show his servants the events that must soon take place. He sent an angel to present this revelation to his servant John, who faithfully reported everything he saw. This is his report of the word of God and the testimony of Jesus Christ."

He then records specific messages to seven churches located in Asia: Ephesus, Smyrna, Pergamum, Thyatira, Sardis, Philadelphia, and Laodicea. Each of these churches are doing things right and things wrong. Even though the message is directed at a specific church in John's day, they are also messages to us today, teaching us what is right and wrong in our churches and Christian life. God is the same yesterday, today and tomorrow, so His message to the Church will also be the same.

One message Jesus wanted to give to everyone is who His is, unveiled, the Son of God, the Almighty one.

Revelation 1:8 -- "I am the Alpha and the Omega—the beginning and the end," says the Lord God. "I am the one who is, who always was, and who is still to come—the Almighty One."

Next, John launches into a series of images and scenes that portray heaven and then a rise of evil that culminates into a vision of the anti-Christ. Throughout all of these scenes, Jesus is proving His authority as the King of Kings and pouring out judgment over all the evil in the world.

Revelations 16:15 -- "Look, I will come as unexpectedly as a thief! Blessed are all who are watching for me, who keep their clothing ready so they will not have to walk around naked and ashamed."

After Jesus' victorious triumph, John describes the wedding of the lamb, the final judgment and the coming of New Jerusalem.

Revelation 21:1-2 -- "Then I saw a new heaven and a new earth, for the old heaven and the old earth had disappeared. And the sea was also gone. And I saw the holy city, the new Jerusalem, coming down from God out of heaven like a bride beautifully dressed for her husband."

Revelation concludes with the promise of Christ's return.

Revelation 22:12-13 -- "Look, I am coming soon, bringing my reward with me to repay all people according to their deeds. 13 I am the Alpha and the Omega, the First and the Last, the Beginning and the End."

And finally comes John's prayer that has been echoed by Christians throughout the centuries.

Revelation 22:20-21 -- "He who is the faithful witness to all these things says, “Yes, I am coming soon!” Amen! Come, Lord Jesus! May the grace of the Lord Jesus be with God’s holy people."

God has a wondrous plan and we are all part of it. No matter what happens in this world, there is hope. Jesus is coming again to rescue His people and settle accounts for anyone who defies Him. Humbly remove sin, ask forgiveness and live in righteous faith. Know that you serve a God who is in control. Christ's victory is assured and all who trust Him will be save. Be full of hope.

Posted by Amanda McCusker at 4:00 AM

Email ThisBlogThis!Share to TwitterShare to FacebookShare to Pinterest
Labels: Bible in 90 Days