Football plays a big part of life in our house. We all settle in the living room every Sunday (as well as most Monday and Thursday nights) to watch the NFL play. We cook lots of food and enjoy the family time.

Stephen is a die hard Patriots fan. I've never really had a strong alliance to any one team. My Grandfather cheered for the Redskins and the Panthers were the local team where I grew up. But neither of those teams captured my spirit. So, for the last nine years (the number of football seasons Stephen and I have known each other now) I've been cheering for the Patriots.

However, this year we moved to Seattle. Turns out they have a pretty amazing football team. Say good enough to win the Superbowl last year.

Stephen is still a die hard Patriots fan. However, my loyalties have wavered. Not just because the Seahawks won the super bowl last year, but because they are a benevolent group of guys. The entire organization plays an integral part in the community.

Seahawks players, Sea Gals and staff visit patients at local hospitals during the holidays and distribute Seahawks holiday goods to the patients:
Seahawks cornerback Richard Sherman and his foundation, Blanket Coverage, hosted 25 families at the VMAC and surprised them with Christmas gifts:
Quarterback Russell Wilson is a regular face in the Seattle's Children's hospital. The hospital's patients give him a big thank you for his support and encouragement:

I am humbled and proud to live in this city where so many people are trying to make a difference in the world. The Seahawks provide a rallying point for the community. The entire city becomes infected with pride and joy at watching the Seahawks play. Whether they play well or poorly, their fans are there cheering them on and giving a roar to the game. The players and the community win together and lose together...Seattle is the 12th man.

I love this video. The artists are local and shot this video all around Seattle. Zoey's school is even featured in it (the playground) though Zoey does not appear. It shows a glimpse of the spirit found everywhere in Seattle:

Thankfully, the Patriots are AFC and the Seahawks are NFC so Stephen and I are not often at odds in our football alliances. However, today is a special day. Both teams are only one game away from making the Superbowl. Today I will cheer for the Seahawks and then later for the Patriots. I have full respect for New England's powerhouse as well.

It will be a great day in the McCusker household. Full of football, super awesome nachos and lots of cheering (hopefully no booing).

Waking up today brought a torrential downpour. It was raining so hard our patio couldn't drain it fast enough. It rains a lot in Seattle, but it doesn't often rain hard. It is more like a constant wetness and drizzle as opposed to the sky falling out. Today though, it shall be a good day in football with a wet and intense game.

I like it when the Seahawks play at home, it's always fun to hear your weather report on National television.

The city is ready, I am ready and the game is starting... 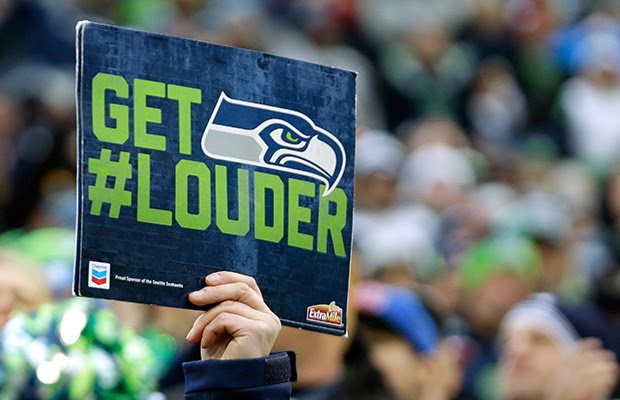 Go Pats too because Seahawks vs. Patriots would be the perfect Superbowl! I would win either way. 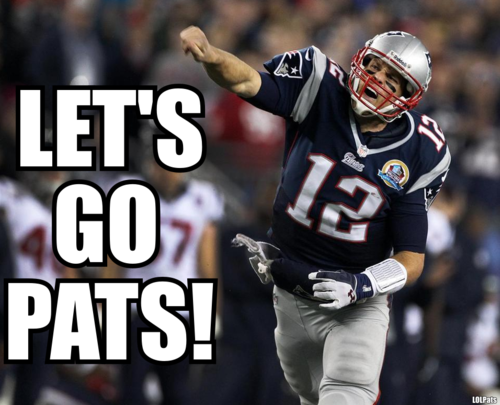 Well that day of football could not have gone better! The Seahawks battle back from behind for a magnificent win! The Patriots dominated the entire game to a glorious triumph. It was a great day of football and it leads to quite the matchup in a couple weeks. Patriots vs. Seahawks in the Superbowl...it is a win win for me and I am so excited!

Posted by Amanda McCusker at 12:47 PM