In the spirit of Halloween, we created Candy Catapults to launch candy corn, candy pumpkins and other various candies.

Our first step was to build the catapults. We chose a simple design and followed the directions on this YouTube video thanks to Specific Love Creations: 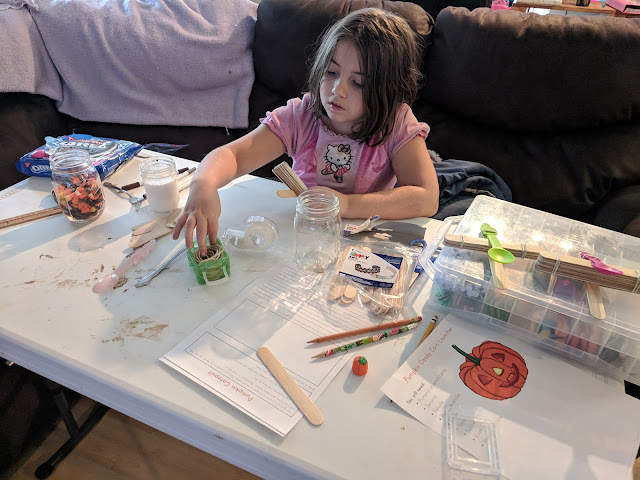 We made three different launchers, each of different heights for the base. The first one had 8 sticks, the second had 12 sticks and the third one had 16 sticks. Our goal was to compare and contrast how the height changed the launch data.

Now it was time to try them out...

It took a little bit of practice and adjusting, but then she figured out how it worked.

At this point, we should have made a hypothesis and planned out better what kind of data we were trying to collect. Honestly, we got so excited about the project that we just started chunking pumpkins (candy that is).

We lined up a tape measure along the edge of our table and let the candy fly. We kept track of how far each type of candy went from each of the three sizes of catapults. 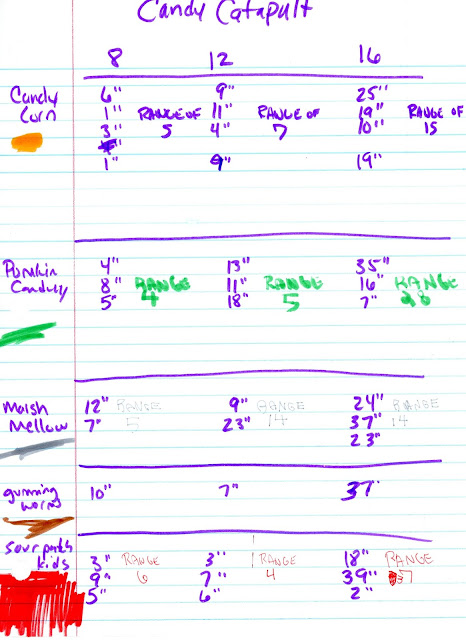 Then it was time to start graphing! We quickly realized that we needed more data. Unfortunately, we had already put everything up for the time being, so we just worked with what we had. In future experiments, we will be a little more prepared. 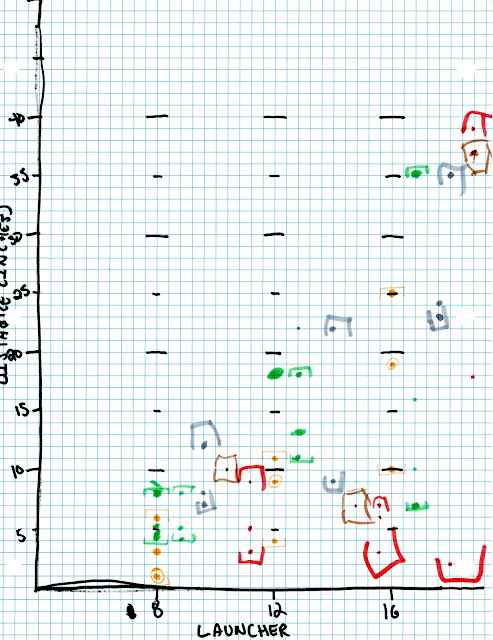 We were lucky because on the day we completed the graph, Stephen was working from home and offered a few more statistics to track. He suggested we also find the range of the catapults to determine their accuracy. 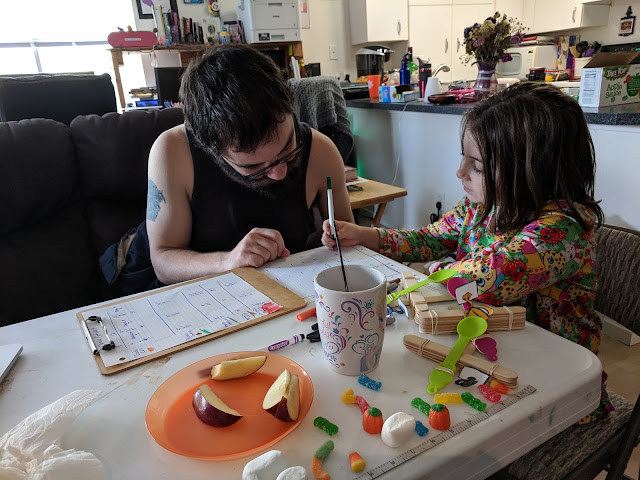 The project was a lot of fun and Zoey learned lots about how graphs work and ways to better make visual representations of data. 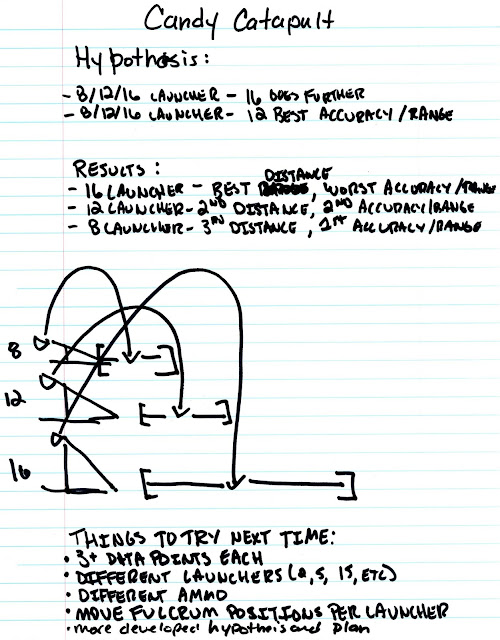 We also came up with several things we could do differently next time. For example, collect more data points, alter the catapult design including changing the fulcrum point during launch. We also thought to try different types of candies or ammo. 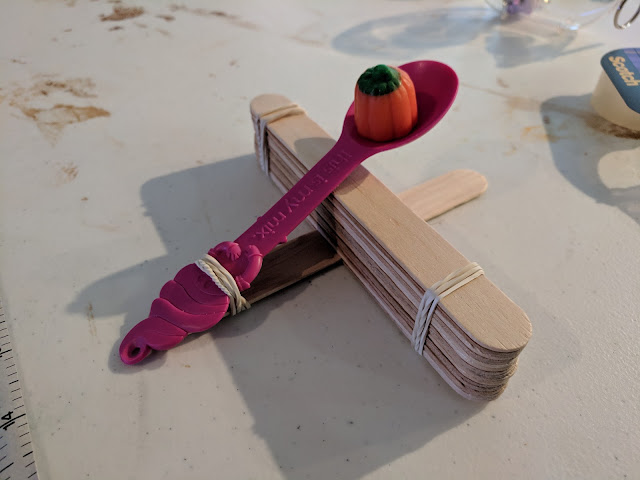 We are interested in doing this experiment again, maybe around Christmas time so we can enjoy some of those candies too!

Posted by Amanda McCusker at 7:23 PM