Celebrating the Day of the Dead 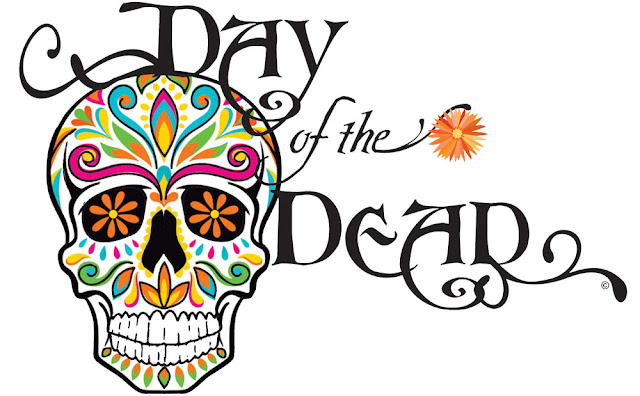 As part of our social studies unit this week, we learned about El Dio de los Muerto, the Day of the Dead. At first, it was just about learning what the day is all about, since many cultures and families celebrate it at this time of year. It ended up being a fascinating unit.

First we read about the Day of the Dead through a reading comprehension essay to get an overview. Then we read “Halloween and Day of the Dead Traditions around the World” by Joan Axelrod-Contrada. This gave us a great overview of how these autumn celebrations are observed throughout the world with some similar themes, but unique traditions.

Zoey's was really interested in Bolivia's tradition of keeping real skulls preserved and setting them in their own box to dress them up like their deceased ancestors and give offerings of things they liked on the Day of the Dead.

The unit also gave us an impromptu geography lesson as well looked up where all of these countries were. Most of the countries that commemorate El Dio de los Muerto reside in Central and South America. We looked up where Mexico, Bolivia, Guatemala, and Haiti were on a map. We also listened to some traditional Spanish music and colored skulls to understand these countries traditions a little better.

Once we got to this point, Zoey was ready to make her own Day of the Dead altar to remember the deceased and celebrate their life. We are very fortunate that Zoey has not lost anyone close to her, so she focused on creating a memorial for the two cats we had when she was little that passed away.

While she worked on this project, we reinforced our knowledge of The Day of the Dead with some YouTube videos:

They offered some great facts and footage from various El Dio de los Muerto festivals around the world. These were a great edition to our study.

Zoey's cat memorial came out really well, she put a lot of thought and effort into her design and construction made out of boxes. While she worked she talked about the Day of the Dead traditions and what the day meant to her. She liked the idea of celebrating the life of the dead instead of staying sad. I hope she can keep that in her heart as she goes through life. 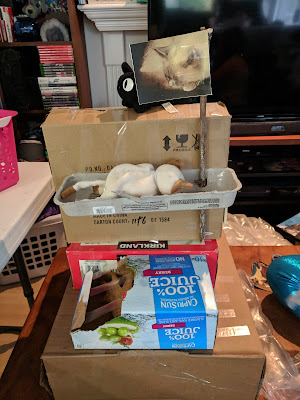 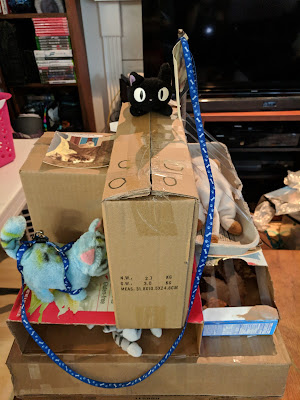 Front and side views of Zoey's cat memorial. She has pictures of her deceased cats Lazarus and Creampuff all over it. She also has leaves for Creampuff to remember the adventures they used to go on outside and balls of paper because that is what Lazarus like to play with around the house. She added her stuffed kitties to keep Creampuff and Lazarus company when they came to play. 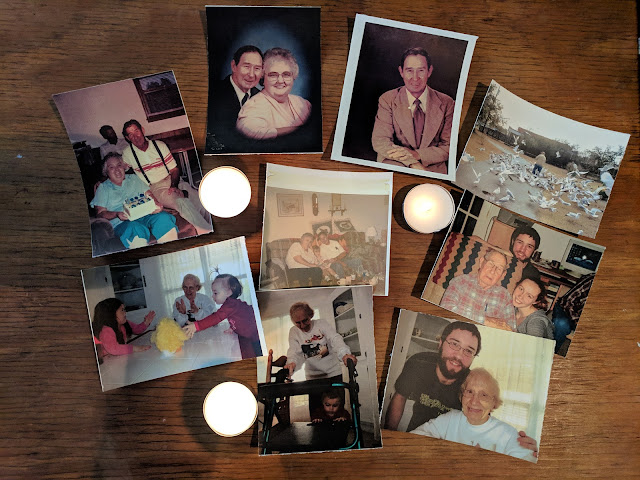 Do go with Zoey's cat creative memorial, we also printed out pictures of our deceased ancestors. On my side we honored my grandfather, who we called Papa and my grandmother, Nanaw. On Stephen's side we celebrated his grandmother, Nana. We lit a candle for each one of them and we told Zoey stories about their life and how much they meant to us since she didn't know either great-grandparents in my family and only knew Stephen's Nana when she was very young. 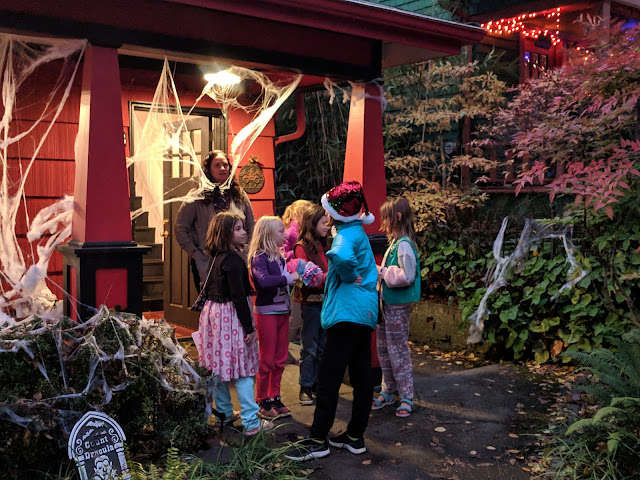 Zoey went to Girl Scouts in the evening and they studied the Day of the Dead too. She is really enjoying her Girl Scout troop this year. It's very cool to see her standing around chatting with her friends after the meeting ended, she's growing up so fast - a true celebration of life.

Happy Day of the Dead!

Posted by Amanda McCusker at 8:53 PM