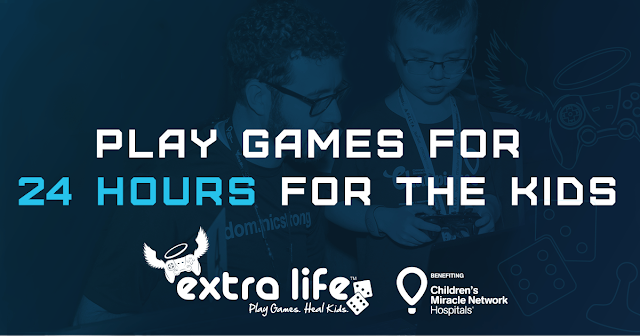 Gamers will play all different types of games for 24 hours straight to support Children's Miracle Network Hospitals. Extra Life is a fundraiser, which began ten years ago to play games and heal kids. Since it's foundation in 2008, Extra Life has raised more than $40 million for sick and injured kids.

The fundraising stays local to support any Children's Hospital you choose to help fund critical treatments and healthcare services, pediatric medical equipment and charitable child care. Each gamer can pick between over 170 hospitals throughout U.S. and Canada.

Stephen and Zoey chose to support MUSC Children's Hospital in Charleston, SC. Stephen volunteered at this hospital for quite a while back when we lived in South Carolina. He would wake up every Sunday morning and go play video games with the kids stuck in hospital rooms. It seems fitting that he plays games now to help them as well.

When Stephen asked Zoey about doing this game-a-thon challenge, she was fascinated. She got to stay up all night and play videos for an entire day straight!?! She was definitely in. She even spent the week leading up to it prepping, in her mind at least, by thinking of the games she would play and how she would stay up all night.

Though only nine, Zoey is a night owl. She naturally would rather stay up later and then start her day later. Stephen and I are both the same way, so it works out well for us. Especially when it means staying up to play video games for charity.

In preparation, we got lots of snacks and some Coke to keep them going. I made muffins for breakfast and then a huge Nachos spread for lunch. 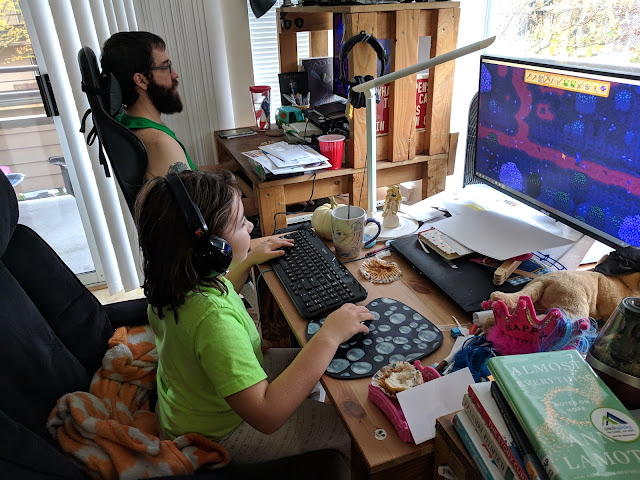 The day started strong. Stephen and Zoey were both in their happy place. They played Stardew Valley for almost five hours. At this point, it was just another Saturday morning. We are gamers, so this sight is not a rare one for a lazy Saturday afternoon. 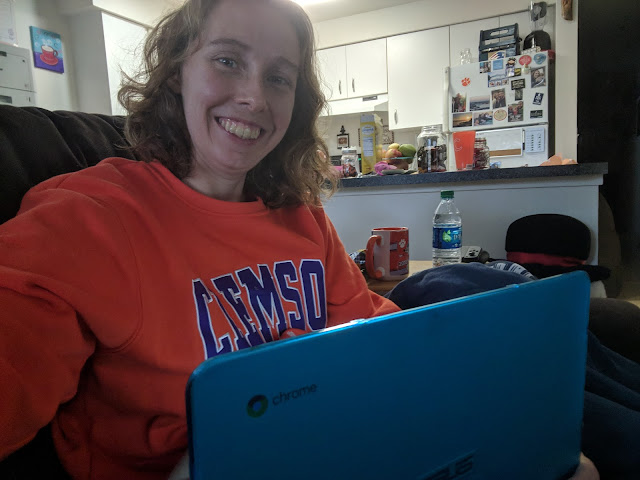 I supported them along the way with Solitare, Ticket to Ride and Mini Metro. Mostly I cooked food and wrote. I'm working on Nanowrimo (a 50k word writing challenge during the month of November), so I spent a good bit of the day working on that. 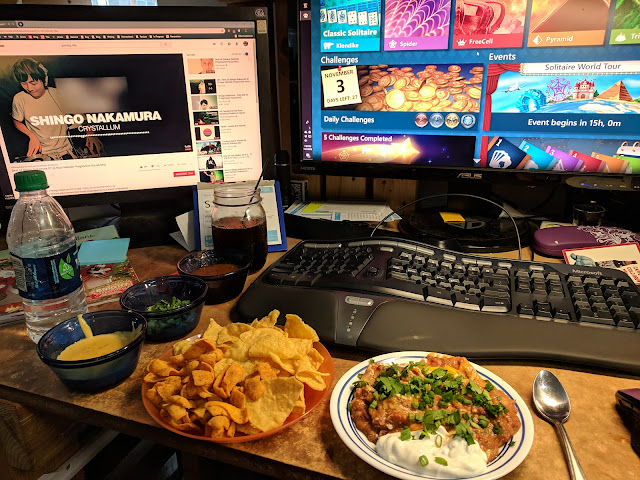 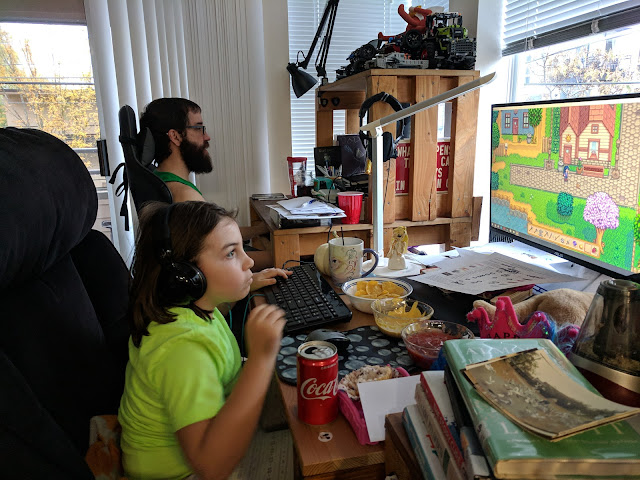 I took several pictures through out the day, but most of them look the same. Here they are still playing Stardew Valley while eating lunch. 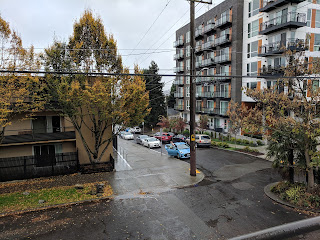 It was a perfect day outside for a game-a-thon. The cool, blustery day made me very glad we were cozy and warm inside. 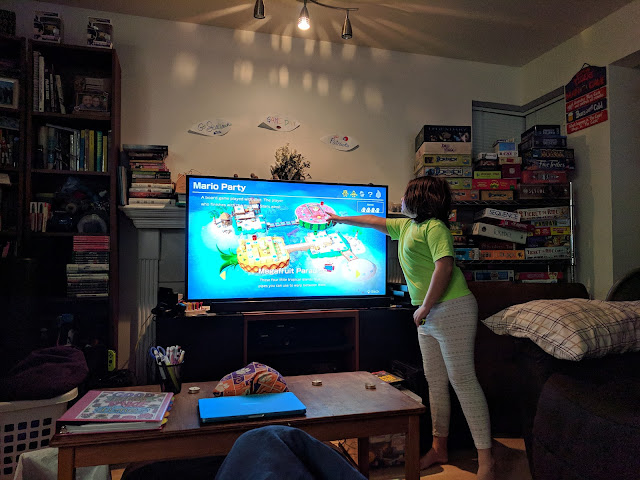 We did come together for a round of Super Mario Party on the Switch. Here Zoey is showing us the secrets of the map since we had never played it before, but she had. 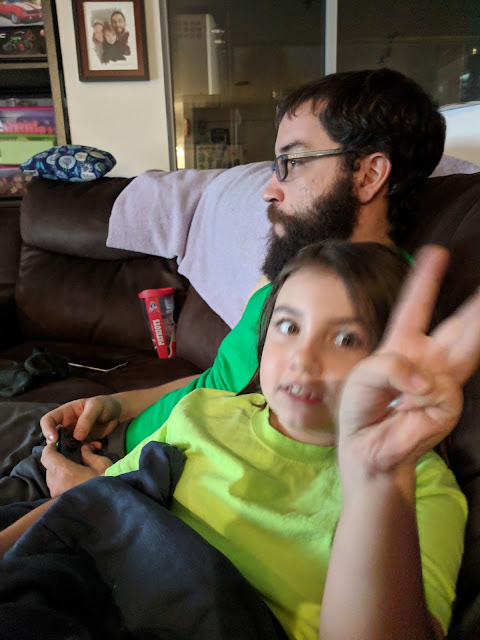 Seeing these two do what they love and have it help out others was really exciting. They had so much fun playing all kinds of games on their own and together. It will be a well remembered experience. 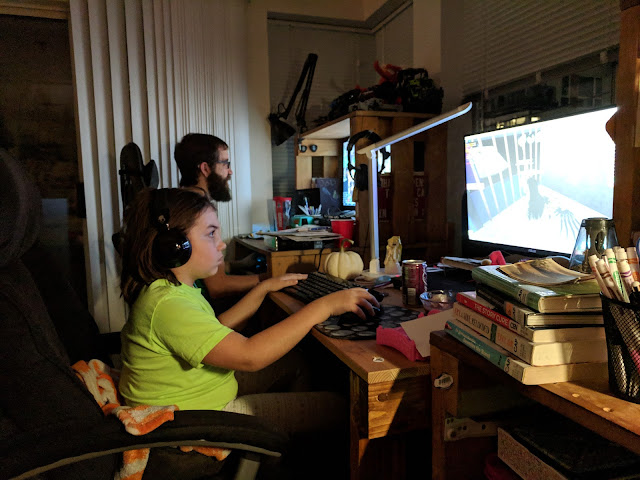 I went to bed about 2 am and they were still up, each playing their own game. Zoey said she wasn't even feeling tired yet, so she was still going strong. She's a night owl anyway, so this kind of challenge is right up her alley. 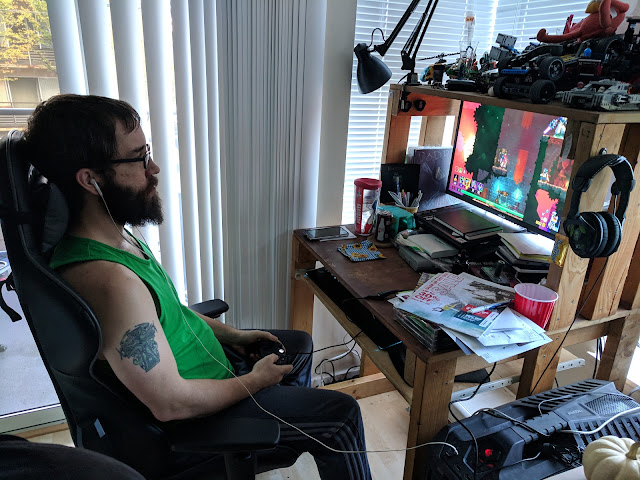 The next morning I woke up about 8 am, an hour left in their challenge. It wasn't until then that I realized it had been Daylight Savings through the night, so that last hour came from the time change. Stephen was still going, playing one last round of Dead Cells. He even defeated the final boss for the first time on his last play through of the entire game-a-thon. 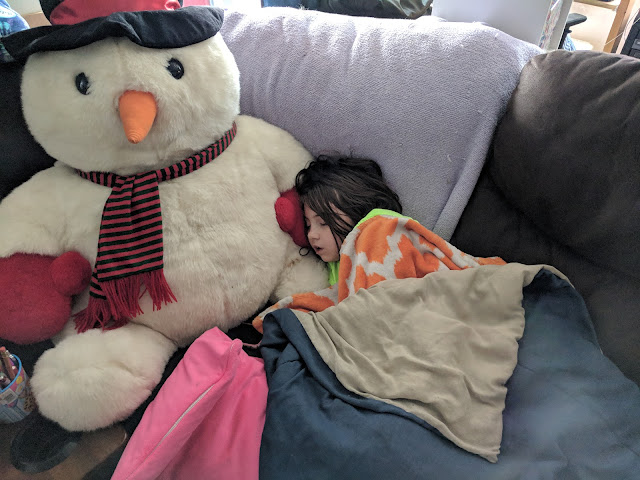 Zoey, however, was passed out on the couch. Stephen said she made it until a little after 5 am. I thought that was fantastic. She did a great job and really understood how this was raising money for charity and could help kids her own age.

Together, Stephen and Zoey raised $100 dollars to support MUSC. Extra Life raised $8.8 million #forthekids in just the first night of their game-a-thon. The fundraiser is open until December 31.

You can read more about their adventures by visiting their fundraising page Temmie Making a Ruckus where Stephen updated their progress and the games they played throughout the night.

Posted by Amanda McCusker at 9:15 AM