Our focus for this week is multiplication. We began the week working with a review of what we have learned so far, which covers our 1-6 multiplication tables. 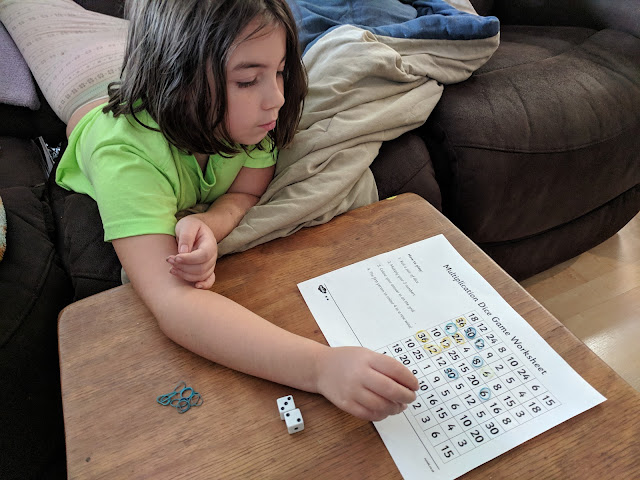 We practiced in a fun way using a game that is similar to Sequence. We rolled two 6-sided dice and multiplied the two numbers together. We found the product on the board and marked it off. The first person who got four in a row won (there were several copies of each number to choose where on the board to mark.) I won this round, but only barely. This was a great way make practice fun.

Zoey also covered her seven and eight times tables this week. We did some practice with these as well with fun math games.

We also practiced coordinate by playing a pirate Battleship style game. I won, but only by a couple turns, Zoey had my ship in her sights and I wasn't lasting long! 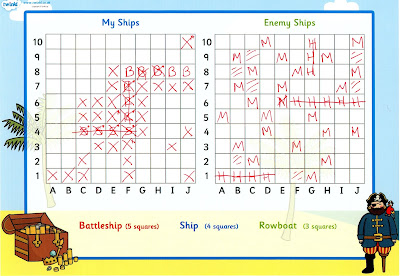 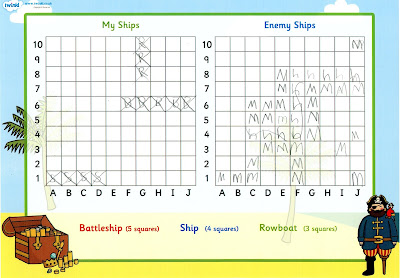 
We learned about the scientific method in preparation for more science projects. We also read about several sea creatures, which we will expand on soon.

We read several books this week, mostly having to do with the midterm elections and what it means to vote, pirates and sea animals.

Writing thank you notes is a good habit, to acknowledge the generosity of others. Zoey wrote in response to holiday cards and to supporters of her Extra Life Game-a-thon, which benefited the children at MUSC.

Spelling and Language Arts went hand in hand this week. We covered our Spectrum Spelling Lesson 9, which included words where you have to drop the "e" and at -ed or -ing. As she studied this skill, she also practiced her spelling words. We also discussed Alliteration and how it can be used as a writing technique. 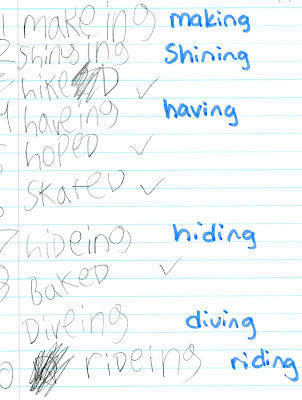 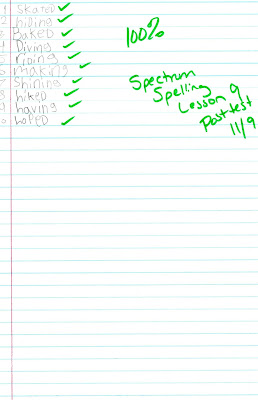 She improved greatly throughout this week in spelling, her practice really paid off.

History and reading combine in our study of Grace O'Malley, an Irish Pirate Queen. There is a lot of lore surrounding this strong female leader during the 16th century.  We first heard of O'Malley while reading Lives of the Pirates by Kathleen Krull and Kathryn Hewitt. We continued our study by reading
The Pirate Meets the Queen by Matt Faulkner and The Pirate Queen by Barbara Sjoholm. These offered great information about how Grace met Queen Elizabeth I and successfully got her son released from prison. 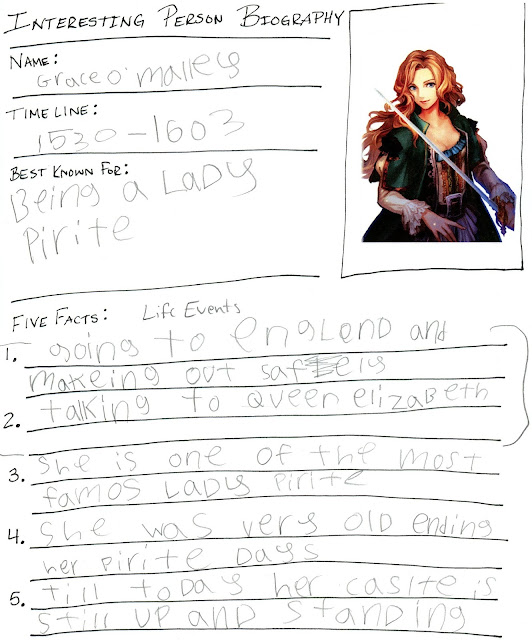 We also finished up our pirates unit this week (at least officially, though Zoey is still interested in the subject). Zoey created a large booklet for Blackbeard with a dynamic picture she picked out because it showed why "everyone feared him." She did great gathering her notes and creating a final project. 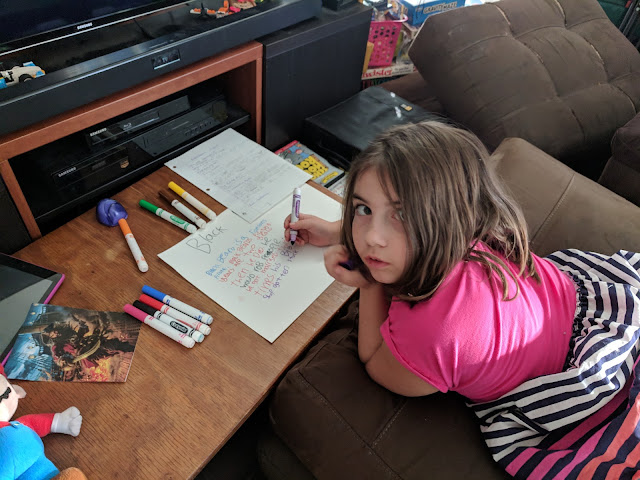 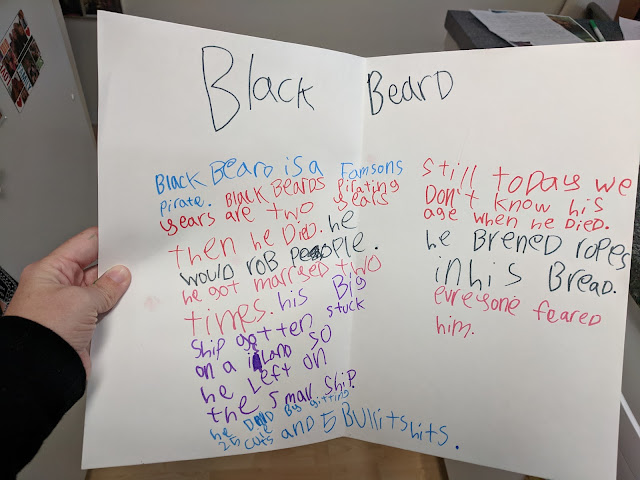 We studied how the government works so Zoey could understand what a midterm election is and why it is so important to vote.

Swim is a wonderful way to spend our P.E. time. Zoey has swimming lessons on Monday afternoons and we went another day this week to practice the skills she is learning in her lessons and to have fun and play in the water. 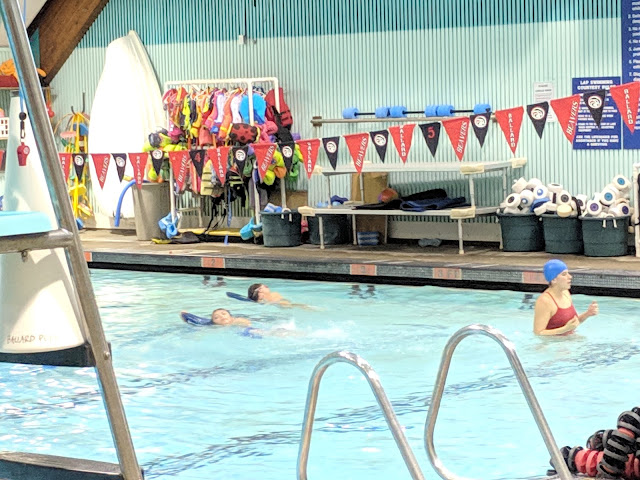 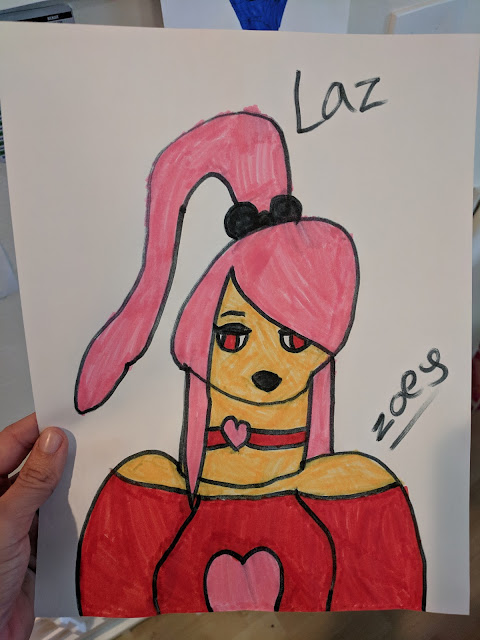 She was also really interested in learning a couple different contemporary songs, so she made herself a stage to practice and perform. She also spent some time with her musical instruments (guitar, ukulele and recorder) following along with the songs she learned. 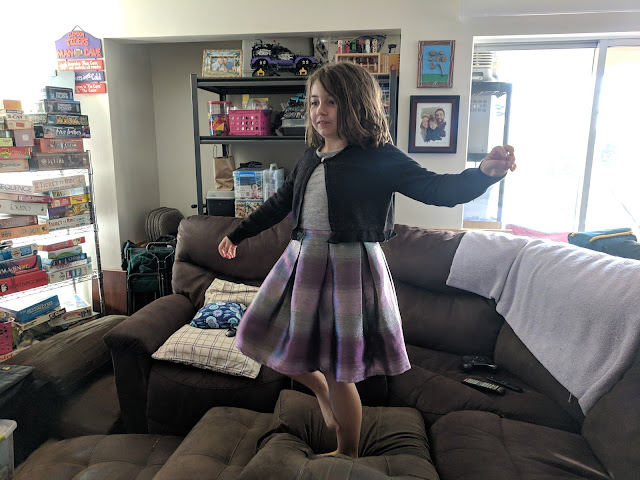 
In Girl Scouts this week, Zoey created a McCusker Family Crest as they are working on their Family History badge. 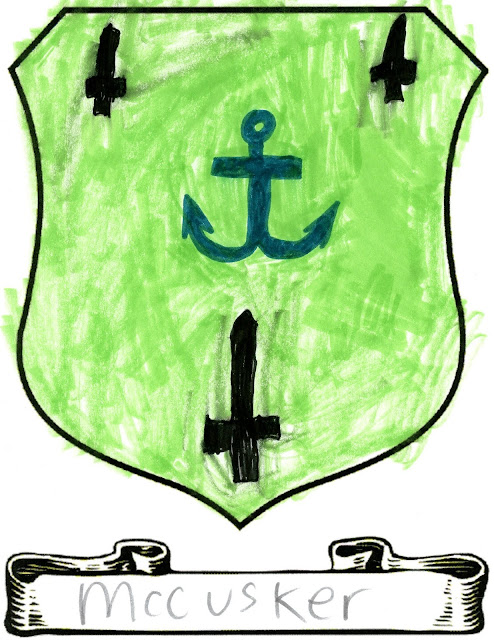 It was a busy week, with lots of outings, but we got through our work and had fun too.

Posted by Amanda McCusker at 5:00 PM